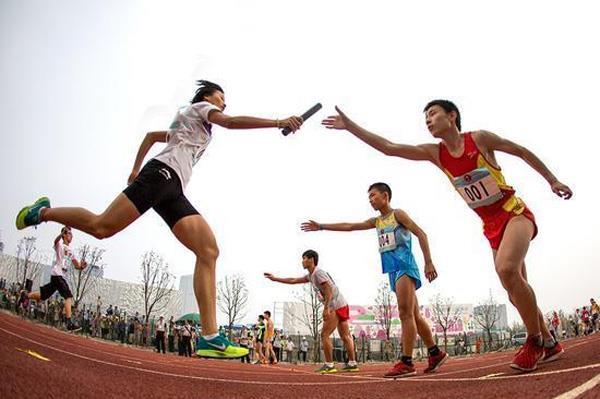 More than 150 athletes took part in a test event of the 8x100m mixed relay discipline that will feature on the athletics programme for this year’s Youth Olympic Games in Nanjing.

As the final athletics event on the athletics programme, the mixed 8x100m relay will be more than just a competition – it will be a huge party for all participating athletes, embracing the Olympic ideals of solidarity and friendship.

Held in front of the Olympic Plaza in Nanjing, mixed-gender teams will be formed by participating athletes from each nation across all the different athletics disciplines. There will be two rounds with the first-placed team in each heat progressing to the final.

Each team will comprise four boys and four girls. Three of the athletes will be from sprinting events, two will be from middle-distance or race-walking events, one will be a jumper, one a thrower, plus one other athlete from any other event group to make up the team of eight.

At the test event on 3 July, participating teams from local schools were formed by drawing lots. After an intense final round, the top three teams emerged in an exciting, fun-filled atmosphere.

The event in Nanjing will be vastly different to the medley relay that was held at the last edition of the Games in Singapore in 2010.

“Our scale is 10 times that of Singapore, with 680 athletes from over 200 countries taking part in the relay,” said Li Shilin, assistant director of athletics at the Nanjing 2014 Games. “The 8x100m will be the last event for all athletes competing in athletics events. It is the grand finale party for athletics events.”