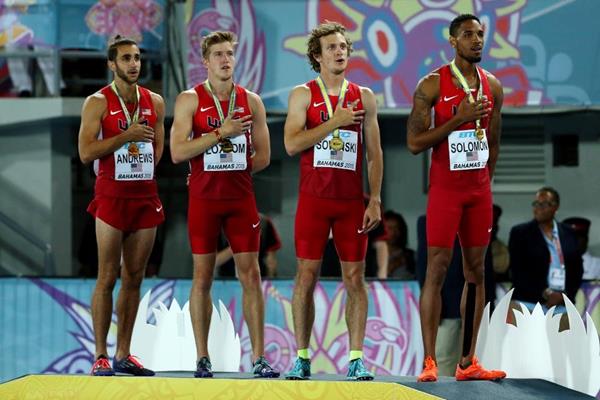 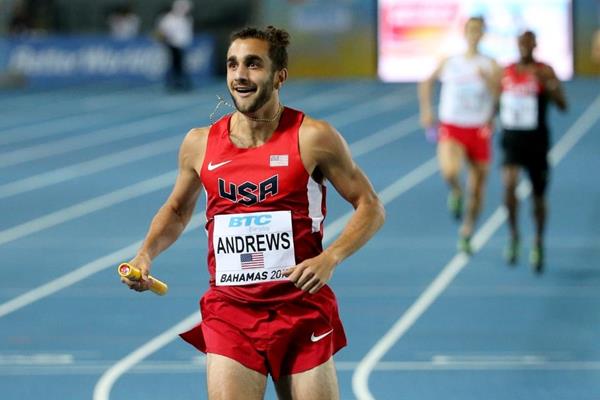 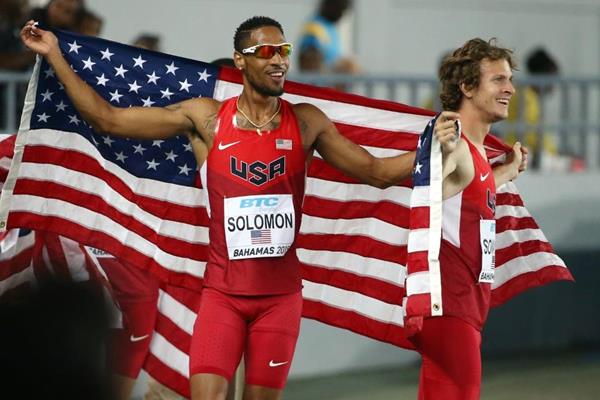 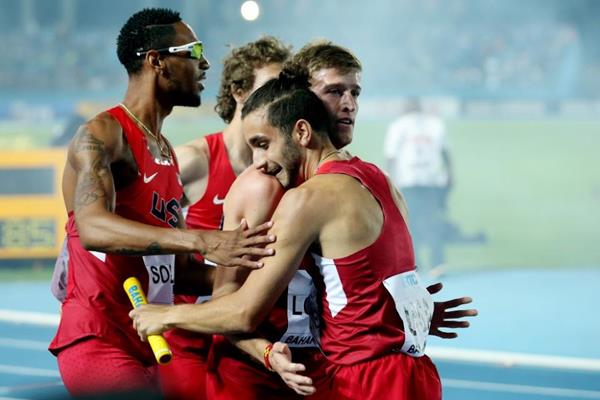 The first gold medal of the IAAF/BTC World Relays went to the USA whose quartet exuded confidence throughout the race to cross the line in 7:04:84.

The opening lap saw Kenya’s teenage talent Alfred Kipketer lead home Duane Solomon but the crucial move came with just under 200 metres to go on the second leg when Erik Sowinski went past Kenya’s inexperienced Nicholas Kipkoech and gave the Americans a lead that they never relinquished.

Sowinski handed over the baton to Casimir Loxsom 20 metres ahead of the Kenyans and despite the presence of London 2012 Olympic Games bronze medallist Timothy Kitum on the third leg, last year’s winners could barely make an indication into the lead.

Robby Andrews initially stretched the lead out to 25 metres over the first 400m of the final leg before Jeremiah Mutai closed the gap down the final back straight.

However, Mutai had been too audacious and while Andrews was clearly tiring down the final 100 metres, looking up at the stadium screen he had been gauging his effort more assiduously and pulled away once more.

However, after finishing just a few metres behind Kenya, Poland were eventually to take second in 7:09:98 as, shortly after the conclusion of the race, Kenya were disqualified because the exchange between Kipkoech and Kitum had been completed just before the changeover zone.

Having been a distant and isolated fourth for the last two legs, Australia found themselves promoted to an unexpected place on the podium, taking third in 7:16.30.

Mexico were the only other finishers in fourth place with 7:22.61.