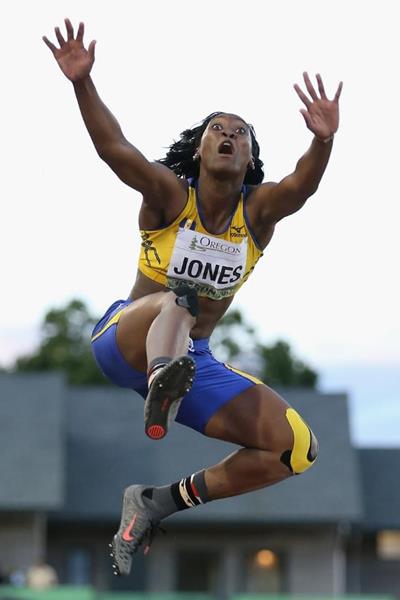 Akela Jones made history by becoming the first athlete from Barbados to win a medal of any colour at the IAAF World Junior Championships as she won the long jump final with a leap of 6.34m.

Sixth at the 2011 IAAF World Youth Championships, Jones took the lead in the opening round with 6.32m and improved to 6.34m into a strong -2.7m/s head wind.

It proved to be sufficient for gold although the conditions contributed to it being the shortest winning distance in the history of the World Junior Championships.

Norway’s Nadia Akpana Assa, who led the qualification with a national junior record of 6.39m, came a close second with 6.31m while Germany’s Maryse Luzolo clinched the bronze medal with 6.24m.

With strong head wind conditions, only half of the 12 finalists managed to jump farther than six metres in the final.