MP SPEAKS | I write this statement with a heavy heart because it is necessitated by a terrible accident which put a friend of mine, Evelyn Ang (also known as @missyblurkit among those in the running community), in the hospital after she was hit by a car in last Sunday’s Klang International Marathon 2017.

As a friend and as a fellow runner, my utmost concern is for Evelyn and her family as she fights on in what will be the toughest battle of her life to date. I do not, in any way, want to politicise the events surrounding her accident.

At the same time, given the many comments and opinions voiced by some in the running community and the public, I feel that this is an opportune time to discuss some of larger issues which concerns the running community; including what can be done to ensure the safety of runners who participate in these races.

Shortly after reports of the accident involving Evelyn and two other runners, the sports commissioner Zaiton Othman issued a statement on Monday, Dec 11, 2017, stating that the organisers of the Klang International Marathon did not apply for approval to her office to organise this event.

She cited Section 36(1) of the Sports Development Act 1997 which states that “A company shall not involve itself in any sporting activity or in any other activity related to sports, as may be prescribed by the minister in the regulations, unless it is licensed to do so by the commissioner”. 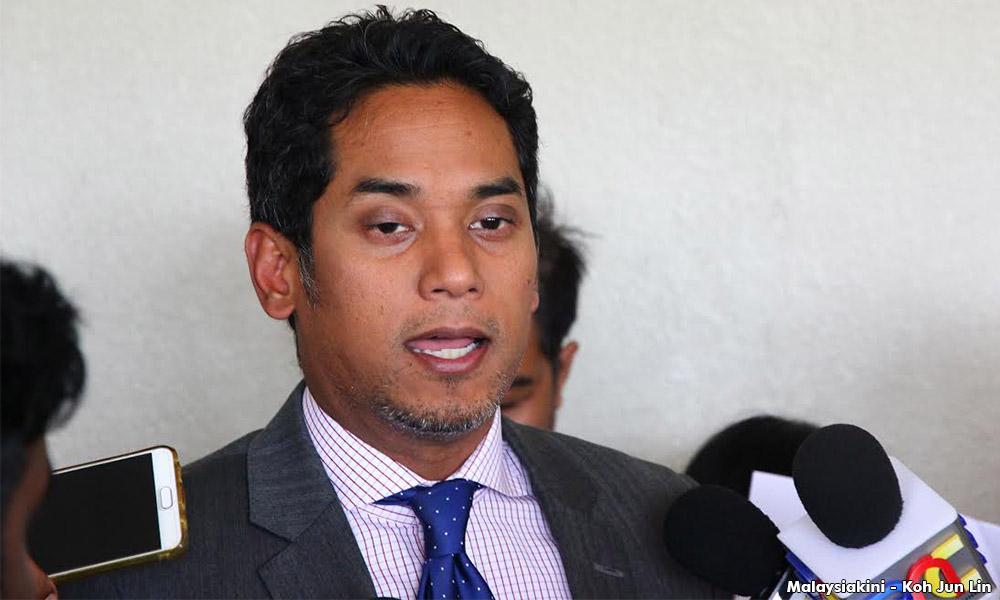 Youth and Sports Minister Khairy Jamaluddin also cited the same section of the Act when he was reported to have recommended that legal action be taken against the organisers of the Klang International Marathon 2017. 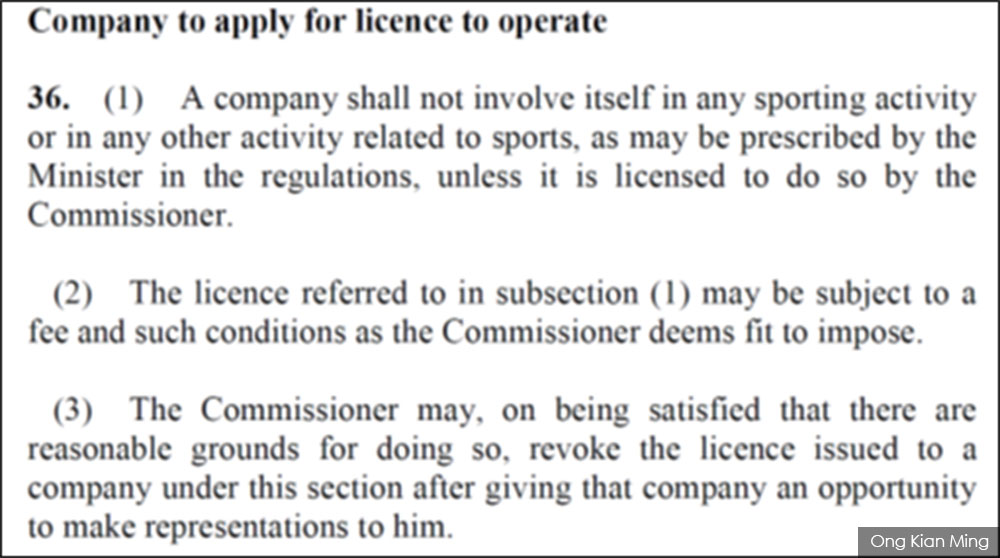 If the Klang International Marathon is an illegal race because it was not approved by the sports commissioner, then almost all other races in Malaysia would be considered illegal, including ultramarathons, trail runs, charity runs, fun runs, tower runs as well as cycling events

‘International’ events have to be approved by the minister

Where the organisers may have gotten themselves into more trouble is by calling their event an “international” event.

According to Section 33 of the Sports Development Act 1997, “No person shall bid to host any international sports competition or event in Malaysia without the prior approval in writing of the minister whose decision thereon shall be final”.

The purpose of this law is to ensure that there are government support and sanctions for international level sporting events but its meaning has been expanded to include events with the word “international” in it.

Just because a running event is organised by a government ministry or department, does not mean that proper standards and guidelines are followed

Many in the running community can still remember the inaugural Malaysian Marathon that was supposed to be held on Oct 1, 2017.

The race was supposed to attract 5,000 runners from China in addition to Malaysian runners. The organisers of this event included the Tourism Ministry, the Youth and Sports Ministry, DBKL and Wisdom Sports, were sanctioned by the Malaysian Athletics Federation (MAF) and was supported by a whole host of government agencies and departments.

Despite the support of the government, the race was cancelled in the end because the organiser, Wisdom Sports, could not deliver on its promise to attract 5,000 runners from China to participate in this event. All participants who had signed up for this event had their registration fees fully refunded but not their flight or other travel expenses that had already been incurred.

Even though this event was sanctioned by the Malaysian Athletics Federation (MAF), the actual race route (42km, 21km, and 10km) was not announced when this race was open for registration. In fact, the route was never announced which makes one wonder how the MAF could have ‘sanctioned’ this race without knowing the race route and the procedures which were needed to ensure the safety of the runners.

Other government-sponsored events which were cancelled include the 2015 HRDF Half Marathon – for which participants still have not been reimbursed – and the 2016 Malacca International Century Ride which was supported by the Malacca state government and cancelled five days before the event was supposed to take place.

While the law states that the approval for running events is supposed to be given by the office of the sports commissioner, in reality, this office does not have the expertise or capacity to evaluate if a race organiser is up to the mark in terms of their ability to organise a safe and high-quality race.

The sports commissioner will turn to the sporting body that oversees that sport to seek their recommendation on whether to approve an event or not.

In the case of running events, the relevant body is the MAF. The MAF itself, as far as I know, is not a race organiser. They provide technical advice and assistance to race organisers on details such as the suitability of a race route, runners’ safety, water stations, runners’ timing and so on. Ideally, the MAF should provide guidelines and standards for race organisers to follow in order to ensure a high-quality race. Sadly, the MAF does not have a website or an active facebook page so we do not know if such guidelines exist and whether or not they are provided to race organisers.

This being the case, one wonders how the office of the sports commissioner can decide on whether or not to follow the recommendation of the MAF in approving a particular race.

There has been some discussion that it should be made mandatory for race organisers to pay a certain fee to the MAF as part of the process of regulating races in Malaysia in order to ensure high-quality races (including non-cancellations and proper safety standards).

These costs, if imposed, will likely be passed on to the consumer, ie, the runners. Race organisers and ultimately, runners, must know how the extra charges and fees imposed will be spent by an organisation such as the MAF and how this regulation can ensure that high-quality events will be organised. For example, will part of the fee go into training sessions organised by the MAF for race organisers? Will part of the fee go to MAF to help them develop the athletics scene in Malaysia? All these issues need to be discussed and then be made known in a transparent manner.

One of the challenges faced by the Youth and Sports Ministry is that the aforementioned Section 36, which requires the approval of the office of the sports commissioner for a company to organise any and all sporting events is too broad, too general, too vague and too impractical.

For example, if I have a company which wants to organise a 3-on-3 basketball competition in my residential area (with participation fees and cash prizes), do I need to seek the approval of the office of the sports commissioner? If every sporting event which is organised by a company needs this approval, the Office of the Sports Commissioner will be inundated with applications on a daily basis.

Such a requirement may also increase the incentives for corruption and bribery in order to get approval for events.

For running events in particular, if it was a sports club such as Pacesetters Malaysia, and not a company, which wants to organise a local race, is permission from the office of the sports commissioner still required? How about for an NGO who wants to organise a local charity run? What if a company was coorganising an event together with a local authority, state government or federal government ministry? The current legislation is unclear on how to answer these questions definitively.

As I’ve shown above, the issues regarding the regulation of running events in Malaysia are complex and multi-faceted. It is unfortunate that it required a serious accident to befall a runner in a so-called “international” race to capture the attention of the sports commissioner and the youth and sports minister.

I have raised the issue on whether there is a need to have a special body to oversee racing events in Malaysia in parliament. I have brought up the role of the Youth and Sports Ministry and the sports commissioner in cancelled events such as the Malaysian Marathon. I have passed the results of a survey I did among Malaysian runners which touch on some of these issues Khairy via his deputy M Saravanan in Parliament.

What is needed at this juncture is for the minister to have an extension stakeholder consultation with race organisers, running clubs, the state and national athletics federations, the local authorities, the police, Rela officers and other influencers in the running community to decide on the best course of action (including relevant amendments to the Sports Development Act) to improve the quality of running events in Malaysia.

Special attention needs to be paid to running as well as cycling events because the number of such events have exploded over the past five years or so and these events now involve thousands and sometimes tens of thousands of participants.

What I hope won’t happen is a knee-jerk reaction such as forcing all running events which are to be held in the next few weeks or months to obtain approval in an arbitrary manner from the office of the sports commissioner.

Let us have an honest, open and fruitful discussion on how to improve the quality of running events in Malaysia so that we can minimise the chances of another such tragic accident from happening again.

ONG KIAN MING is the Serdang MP and head of the Penang Institute in Kuala Lumpur.

The views expressed here are those of the author/contributor and do not necessarily represent the views of Malaysiakini.
Read more at https://www.malaysiakini.com/news/405162#XKxCA19J61uCEYdG.99