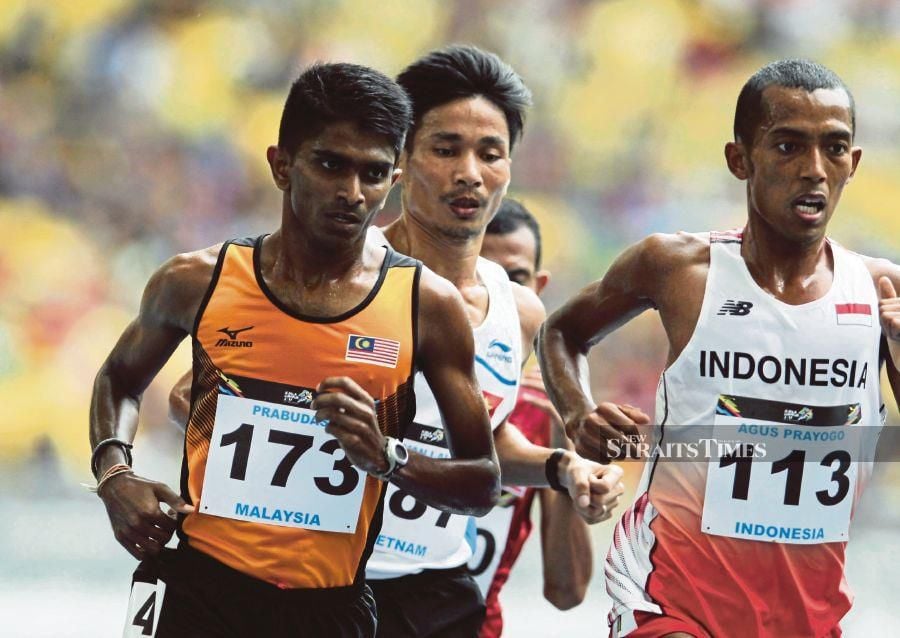 The 31-year-old broke his own half marathon national record after clocking one hour and seven minutes at the Hokkaido-Sapporo Marathon Festival 2021 in Japan on Wednesday.

However, the fate of the competition will only be known next Tuesday following the enforcement of the Movement Control Order (MCO) in the Klang Valley.

“I missed the Malaysian Grand Prix in April after I was hospitalised with viral fever.

“It was a big blow to my chances of qualifying for the Vietnam Sea Games,” said Prabudass, the 2017 Sea Games 5,000m silver medallist.

“The next qualifying competition for the Sea Games is the Malaysian GP next month. But now there is the MCO

“I’ll just focus on training with my coach (Jean-Pierre Lautredoux) under SOP,” he said.

On his new half marathon national record, Prabudass said he did not expect to set the record as he had not seen competition for more than a year.

The Negri Sembilan-born runner finished 49th in chilly Sapporo en route to the record, which was 29 seconds faster than his previous mark of 1:07:29s set at the Gold Coast Marathon in Australia on July 7, 2019.

“I couldn’t train much in my hotel (in Sapporo). I had only 80-100m length to train in the hotel corridor, it was tough and I got dizzy making repetitive runs for hours.

“But I had to keep fit because my form will drop further if I stayed idle.

“It was cold and the wind was chilly, forcing me to stop twice due to cramps.

“My right calf cramped at the 13km mark and then both calves cramped at 19km, and it slowed me down but luckily my early pace gave me the edge.”