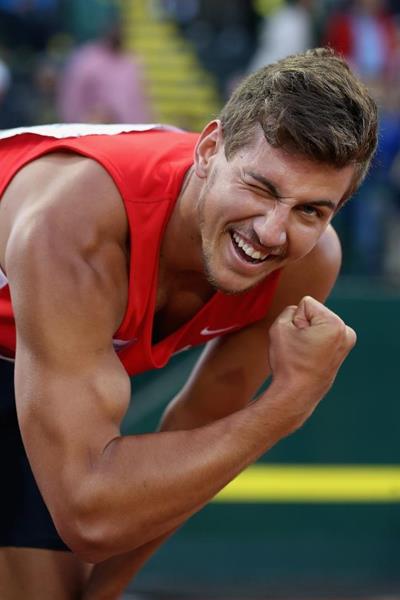 Jiri Sykora made history by becoming the first Czech male athlete to win gold in the history of the IAAF World Junior Championships and he did so in impressive fashion by breaking the championship record with 8135 points.

World leader coming into Eugene, Sykora traded the lead with Australian Cedric Dubler during the two days of the competition. He regained it in the javelin and maintained it with a personal best in 1500m with 4:42.10.

Sykora erased the previous championship mark of 8126, set by Andrey Kravchenko of Belarus 10 years ago in Grosseto.

Fourth in 2012, Cedric Dubler – the holder of an Olympic Solidarity Scholarship and who trains at the IAAF High Performance Training Centre on the Gold Coast –improved seven of his 10 events and totalled an Oceania junior record of 8094 for silver.

Tim Nowak set a German junior record of 7980 to secure the bronze medal in the highest calibre decathlon ever contested in the history of the World Junior Championships.