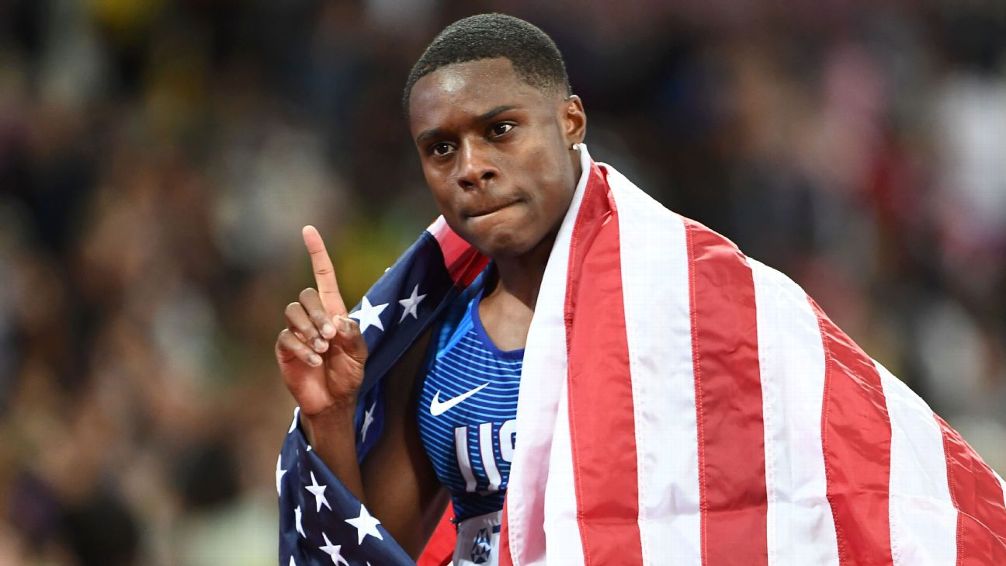 LONDON — As the search for the man to replace Usain Bolt as the king of sprinting began in earnest, renewed world champion Justin Gatlin named the athlete he thinks can fill the void.

Christian Coleman, the 21-year-old American, beat Bolt twice Saturday, the great Jamaican’s final day as an individual competitor at the track and field World Championships. Coleman did it once in a 100-meter semifinal, and then did it again to claim silver in 9.94 seconds at the end of the night. It was impressive stuff from someone who turned professional only in June, and Gatlin led the praise.

“Usually, statistically, you have collegiate athletes who come off a long year and don’t do very well in the championship,” said Gatlin. “You watch that guy — he ran with so much confidence, so much guts. You are looking at somebody who is going to help change the game again.”

Coleman had already shown rare potential when he ran this year’s fastest 100-meter time, 9.82 seconds in the at the NCAA Track and Field Championships in Eugene, Oregon, two months ago.

That time made him the fourth-fastest American man of all time and left no doubt about his physical potential. His tactical and mental approach will be all the better for his experience of the Bolt farewell circus, running as he did in the lane next to the three-time world and Olympic champion.

“I knew I just had to stay composed, stay within myself, run my race — not necessarily buy into all the distraction,” said Coleman, who led in Lane 5 through much of the final but appeared to be blindsided by Gatlin outside in Lane 8 as Bolt entered Coleman’s vision on the inside in Lane 4.

The former University of Tennessee runner insisted he had managed to just “worry about myself,” and perhaps the silver medal was testament to his success in doing so. However, the noise around Bolt the past week has been almost deafening and would have been tough to shut out — particularly considering the respect he is given within the sprinting fraternity.

“It’s a historic moment,” said Coleman of Bolt’s final individual race. “He’s a man who has taken the sport to a whole new level. He’s been an icon of mine as I’ve grown up. It’s an honour to toe the line with him.”

Of the race itself, Coleman added: “I put it all out there. I gave my best shot, my best foot forward, and that’s really all you can ask for. I’ve just got to go back, work harder and be prepared for next time.

“The plan was to come away with the gold. I ended up getting silver, but I couldn’t have lost to a better person or a better competitor, so I’m excited.

“I put in a lot of work this season — me, my coach and my teammates back in Tennessee. I knew what I was capable of. It’s not a surprise. I knew I had to come out here and compete, and I was happy with the results.”

As the youngest athlete in the final — by a week over Britain’s Reece Prescod — Coleman will have many more opportunities to capture gold in the years ahead, with the next World Championships in Doha in 2019 and the 2020 Tokyo Olympics the biggest targets on the horizon.

“I’m excited about the future,” said Coleman. “Everybody is gunning for it [gold in 2020]. I’m looking forward to being able to make it there and compete, and come out with the gold myself, [but] right now I’m focusing on taking it all in.”